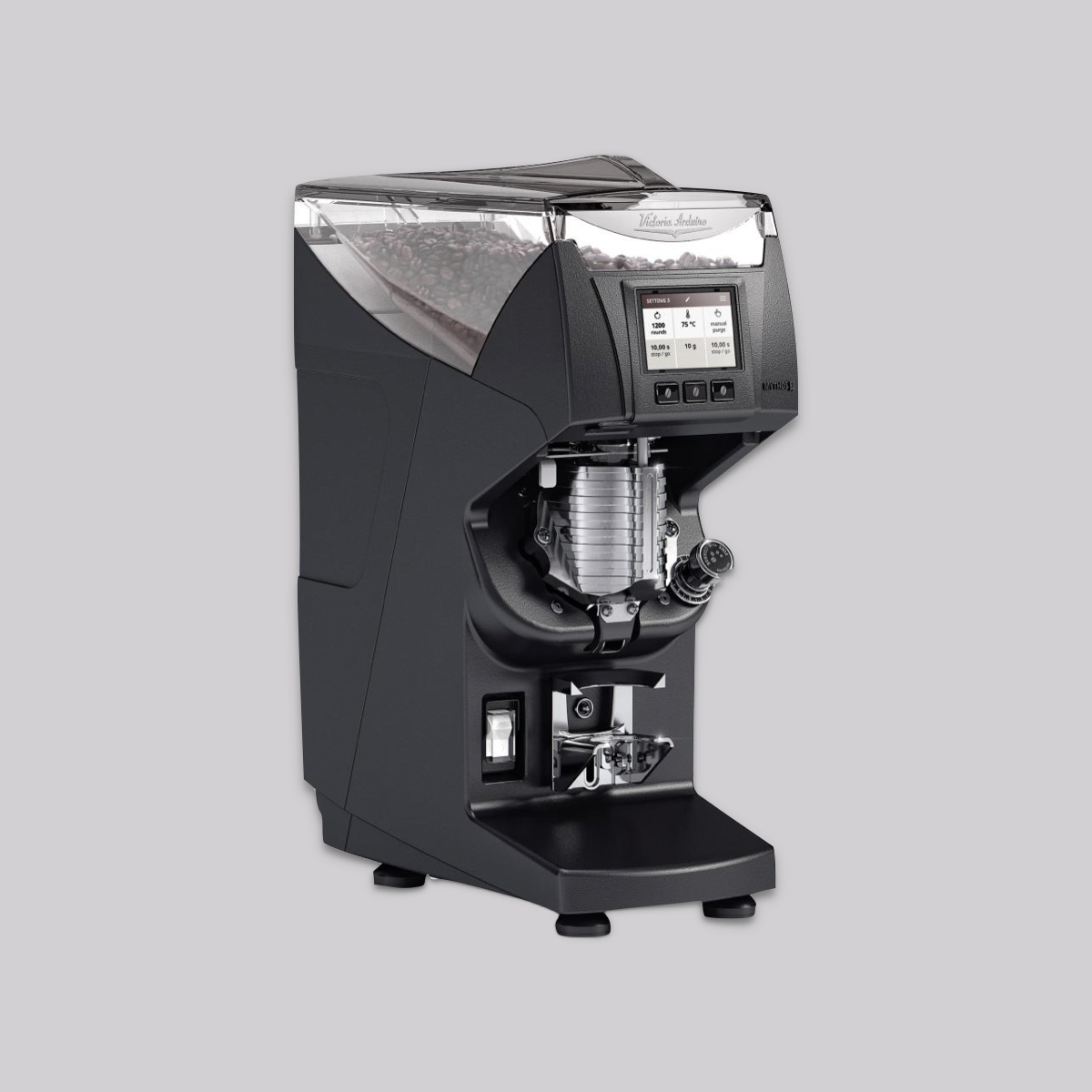 With the Mythos One, Victoria Arduino developed Clima Pro technology, which moved the boundaries of on demand coffee grinder operating temperatures; now with the new Clima Pro 2.0 system of Mythos 2, baristas can work with lower temperatures, thus expanding their range of choice. In addition to keep consistent the temperature in grinding chamber, Mythos 2 is also able to reduce it, to allow a more efficient work.

Thanks to the easy and fast programming, adjustable from the touch display, the variable speed motor (from 600 to 1200 rpm) of Mythos 2 allows to decide the setting most suitable to the coffee chosen. A true blessing for an enthusiastic and accurate baristas, since the variation of rpms allows changing the structure of the ground based on the best grinding conditions of each specific variety, thus significantly enhancing the aroma.

Using patented Gravimetric technology, the Mythos 2 Gravimetric offer grind-by-weight capabilities, measured with extreme accuracy and set by the user using the digital touchscreen display. The display also allows access to the machine’s variables and usage data, as well as programming for three physical buttons on the grinder’s face. For each button, the user can set the grinding temperature, motor RPM, and either the dosage weight or the grind duration.

Other improvements include quieter operation, a two kilo hopper, vents located only on the back to allow grinders to be lined up closely side by side, and a chalkboard panel that allows for branding or information-sharing of the coffee being used.