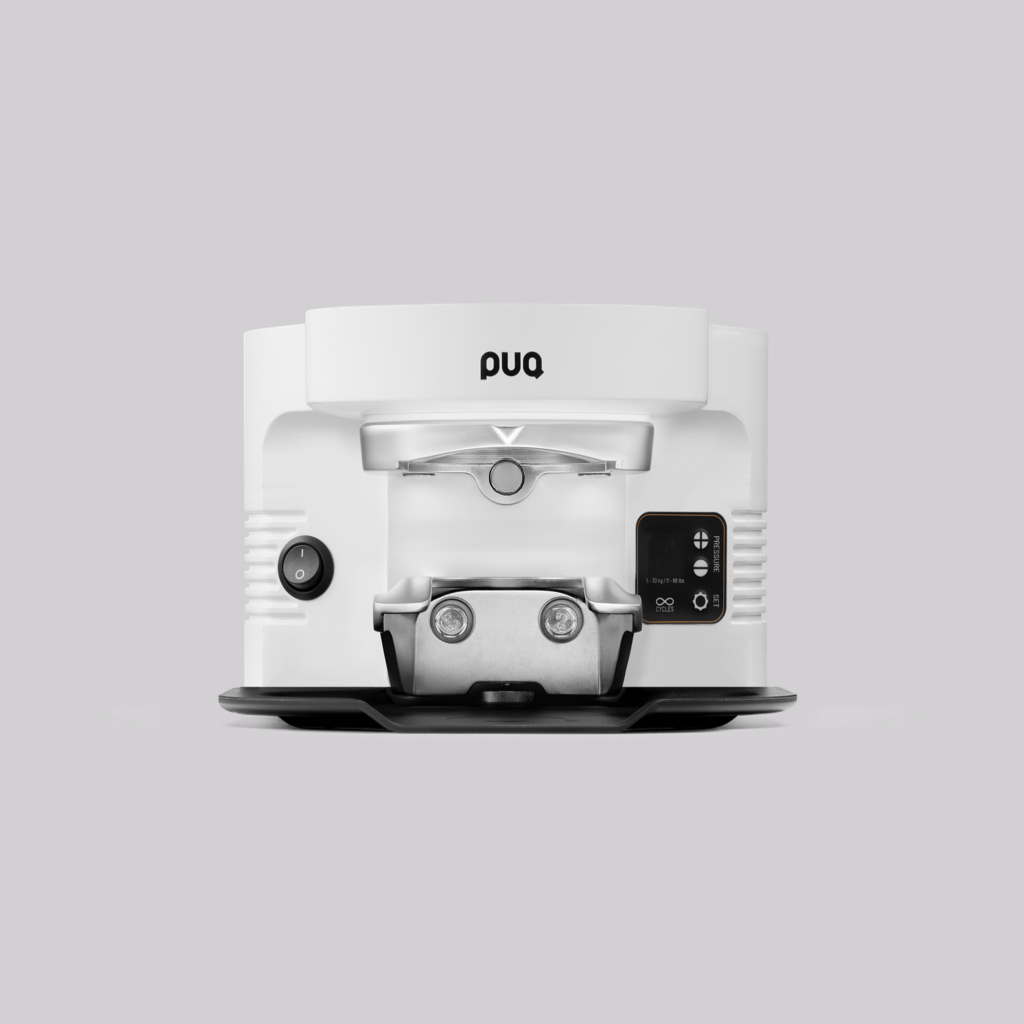 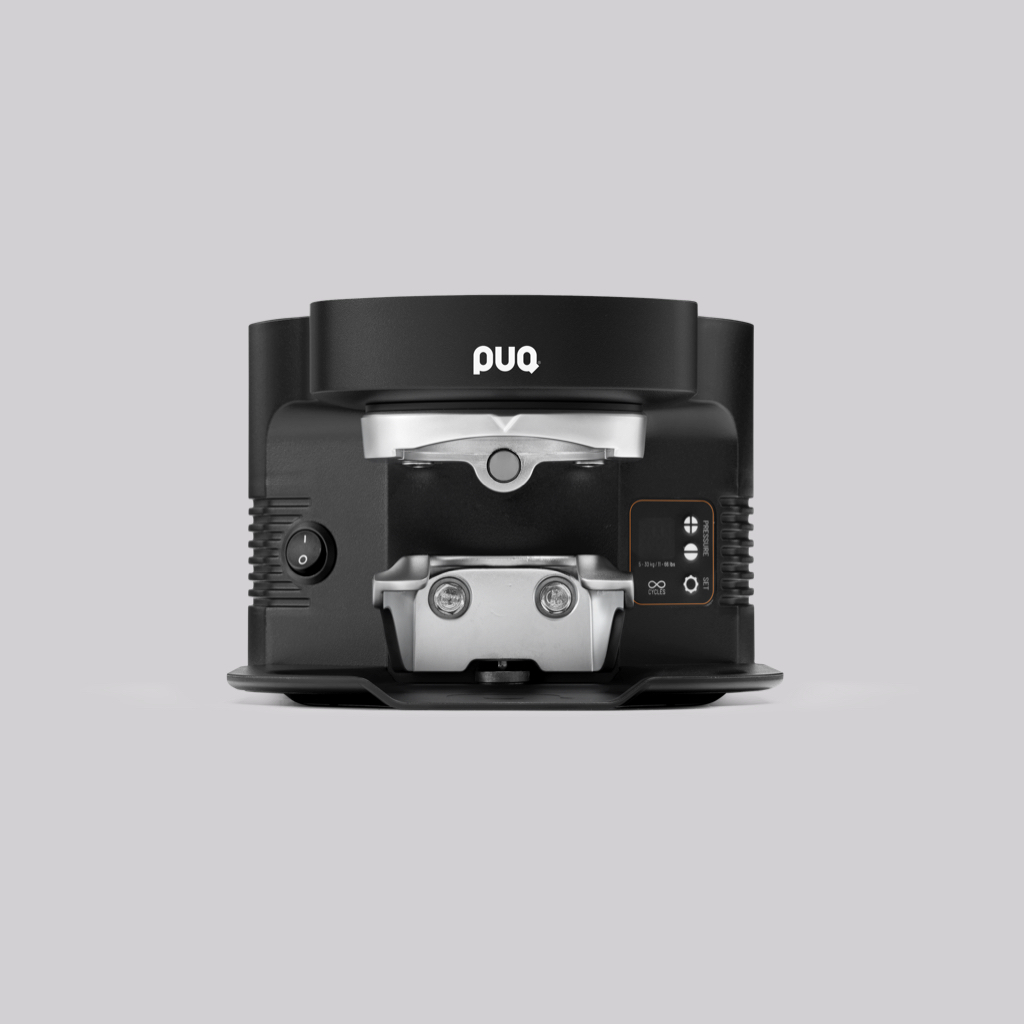 The Puqpress® is an automatic coffee tamper which always tamps your ground coffee with a constant pressure. The pressure can easily be set between 10-30kg which can be easily changed using the digital display on the device.
This guarantees faster workflow, 100% consistency between staff and no more sore arms!No need for additional counterspace as the PuqPress M3 fits perfectly under your Mahlkönig E65S and E65S GBW.
Nano non-stick tamp head reduces coffee build up, meaning even less coffee sticks to your tamper.
The M3 comes with a two-year warranty, regardless of the number of tamps you’ll have it do.
Available in black or white