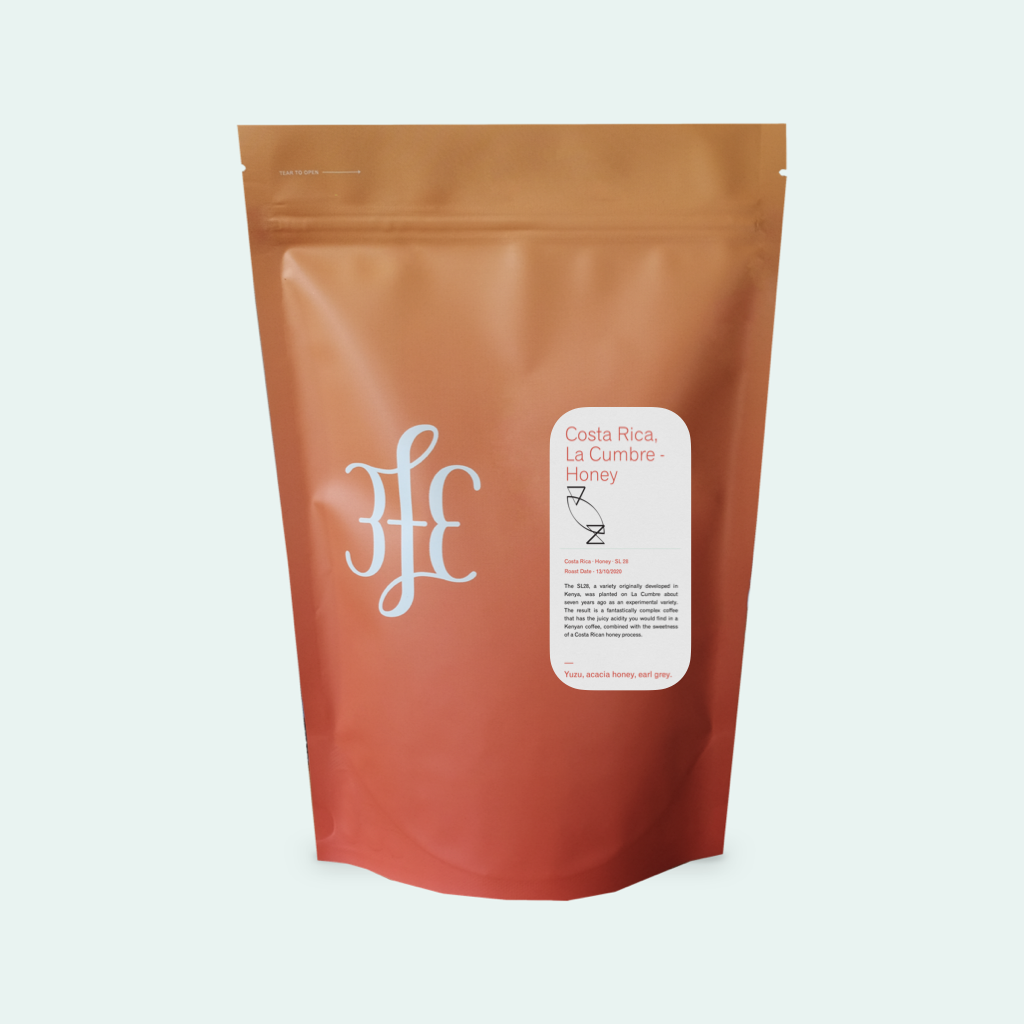 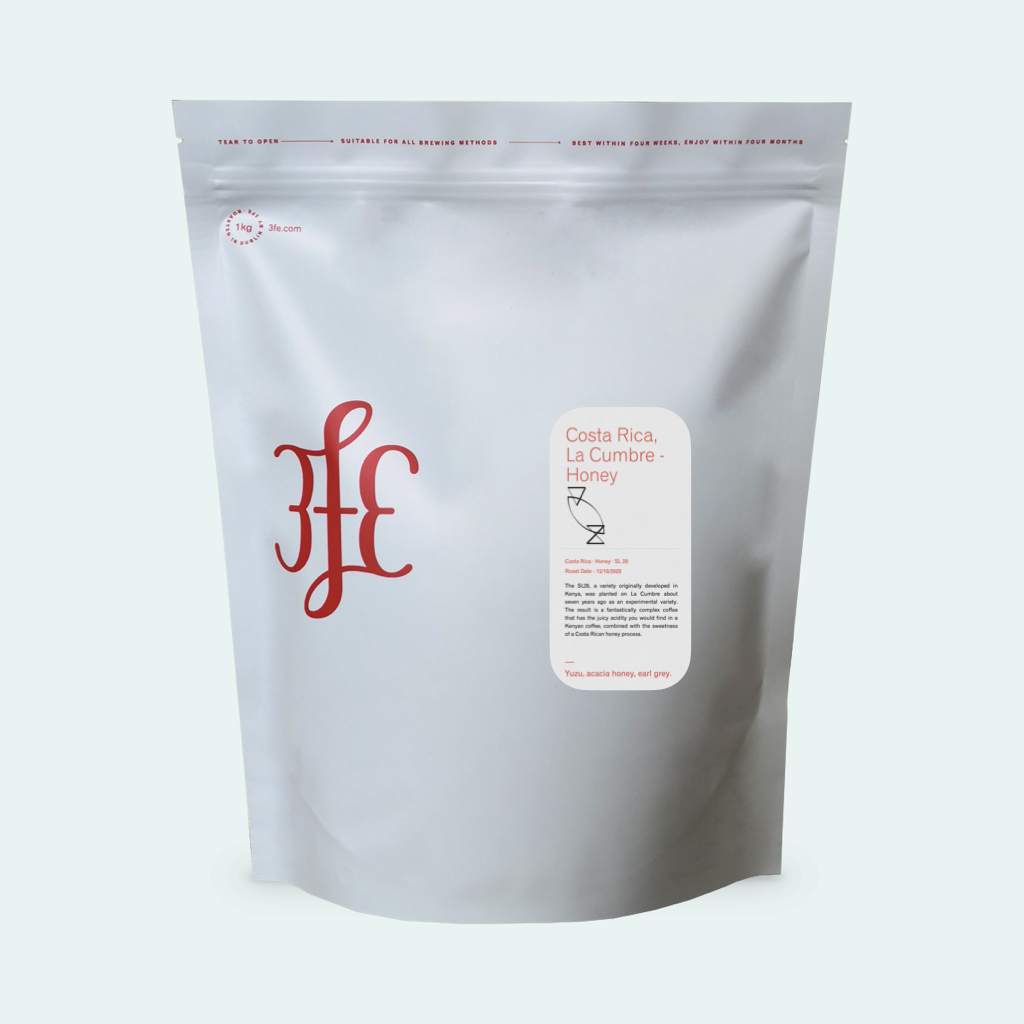 This special coffee comes from the La Cumbre farm, which is in the San Luis de Grecia area at the edge of the Costa Rican capital, San Jose. It is owned by Allan Oviedo, a second generation grower who took over the running of the farm from his father, Don Joel, who passed away 12 years ago. Allan has worked on the farm his whole life and has named his micro mill after his father.

For 3fe, this is our seventh year working with the La Cumbre farm, and the fourth we’ve gotten our hands on this incredibly special variety—SL28—a plant which was produced as part of experimental research led by Guy Gibson in Kenya by Scotts Labs dating back to 1931. The SL28 was planted on the farm about five years ago when Allan was given some seeds from a famous Costa Rican farm, Herbazu. He decided to plant them as an experiment to see if it would give him a different flavour profile than his existing crop varieties.

This is a very special lot and we’re thrilled to have it again this year! It has the juicy acidity you would find in a Kenyan coffee, combined with the sweetness of a Costa Rican honey process, delivering an overwhelmingly complex cup. We have always been impressed with Allan’s willingness to experiment and are excited to be able to share this coffee with you.

For optimal freshness, we roast & post all our coffee to order on the next working day.